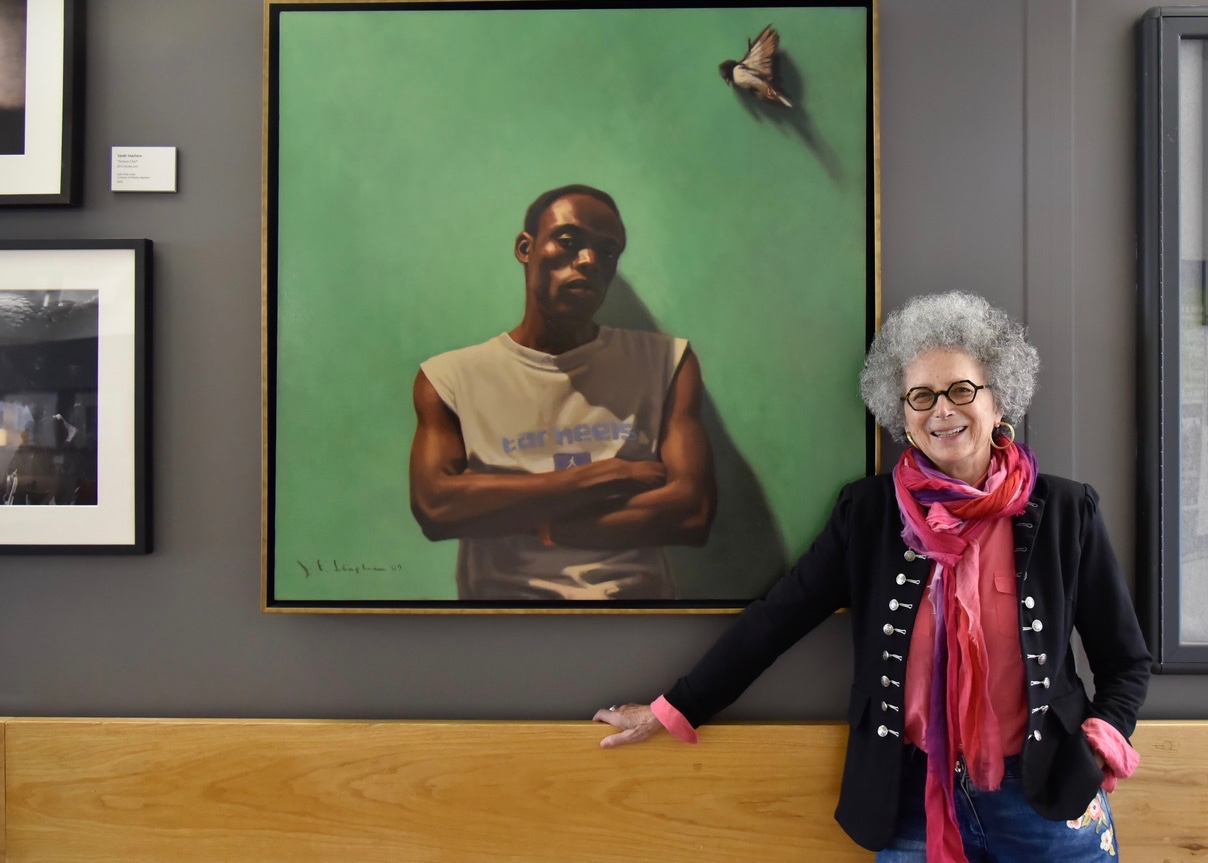 It may be winter on Martha’s Vineyard, but there’s no off-season for the arts on this creative island. Some of the Vineyard’s best art galleries are open year-round, including Martha’s Vineyard Hospital, which has a collection of more than 700 paintings, drawings, photographs and sculptures. (Photo above: curator Monina von Opel with Songbird of Haiti by Jeanne Staples)

Musicians and theater people keep busy with everything from open mics to full-on musicals. Opera buffs catch Met matinees as they happen, transmitted live to the big screen at the Martha’s Vineyard Film Center.

Local poets read their work monthly at the Martha’s Vineyard Playhouse, which also hosts $5 Monday night movies, the Wicked Good Musical Revue, Jenny’s Drama Salon and rotating art shows in the lobby. And lovers of dance and world music turn out for the Winter Yard, a genre-defying series of performances at Island venues.

Here are some of the arts events going on this January and February on the Vineyard—find more in the Complete Martha’s Vineyard Calendar.