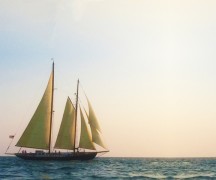 The Gay Head Lighthouse reopens this week, joining a lineup of other exciting events taking place in the Week Ahead. Among these are two returning festivals – 13th Annual MV African American Film Festival and Built on Stilts – both of which will continue into mid-August. Others, such as Margot Datz’s Annual Art Show and the Aquinnah Cultural Council’s Traditional Feast and Fundraiser, will make a single not-to-be-missed appearance. So mark your calendars and enjoy the Week Ahead!

Friday, August 7
You Are Here: The Moth in Martha’s Vineyard
The Moth is returning to The Tabernacle in Oak Bluffs with five storytellers telling true stories, live, without notes.

Monday August 10 through Saturday, August 15
13th Annual MV African American Film Festival
MVAAFF is screens and promotes a collection of the most outstanding and emerging feature, documentary and short films.

View All Events Submit an Event