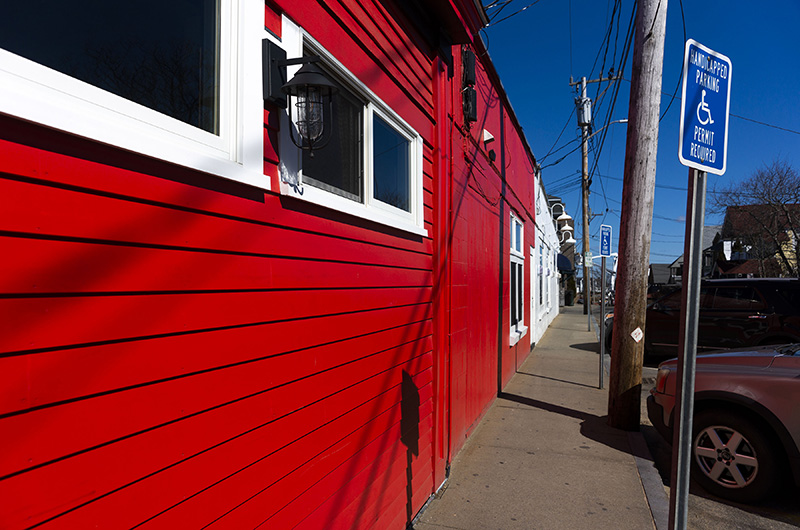 In other places, March Madness or blooming magnolias signal the start of spring. Here, it’s the appearance of painters, roofers, and contractors, followed closely by landscapers and stonemasons. It seems that around every corner, there’s a ladder with someone atop it, a stack of shingles or paint supplies below.
Despite the lack of leafy things, the third week of March on the Vineyard delivered plenty of other beauty: screaming blue skies, a big bright full moon (coinciding with the first day of spring, no less), and stunning sunrises. Better still, the third week of March means the start of The 19th Annual Martha’s Vineyard Film Festival in Chilmark.

This year’s festival is the biggest yet,with 30 films telling stories from around the world, beginning with tonight’s screening of Children of Bal Ashram, which is produced and directed by Vineyarders Len and Georgia Morris and Petra Lent McCarron. Take note that several of the Friday and Saturday evening screenings have already sold out. Buy your tickets for other screenings now, and we’ll see you at the Hay Cafe.

Catch one of the early screenings at the film festival this afternoon. Running with Beto shows at 3:30 p.m. at the Chilmark Community Center and Won’t You Be My Neighbor? is also showing at 3:30 p.m. over at PathwaysARTS. After an early movie, treat yourself to a nice dinner. The Terrace at the Charlotte Inn reopened this week with new chef Michael Rottman, and State Road restaurant reopens tonight. Or take a different tack: grab an early supper at Linda Jean’s, which also just reopened, then head for the MV Film Center at 7:30 p.m. for the award-winning film starring Ethan Hawke, First Reformed.

The Ritz reopened last week and there’s live music all night tonight. Philly D + The Roundup is on at 7:45 p.m.; the Mike Benjamin Band takes the stage at 10 p.m.

The first of a two-part class on caring for fruit trees happens at Polly Hill Arboretum this morning starting at 9 a.m. This class will focus on pruning, the second half (happening in June) will focus on management. Vineyard Haven Library hosts a class on regenerative backyard gardening at 10:30 a.m. If gardening isn’t your thing but you’d like to get outside, the Friends of Sengekontacket could use your help planting beach grass on State Beach from 10 a.m. to 12 p.m.

Start the day peacefully with a prayer hike through Cedar Tree Neck Sanctuary at 9:30 a.m. Or head up to the Chilmark Community Center for the film festival’s screening of The Biggest Little Farm at 10 a.m.

Go to an art reception or listen to music this afternoon. The West Tisbury First Congregational Church’s Spring Forward Concert will showcase Brahms and Bach at 3 p.m. Across the street, The West Tisbury Public Library hosts a reception (2:00 p.m. to 4:00 p.m.) for their new group art show based on a theme around the color blue.

At 7:45 p.m., the film festival closes out with Amazing Grace, a film featuring the live footage of the recording of Aretha Franklin’s chart-breaking gospel album.