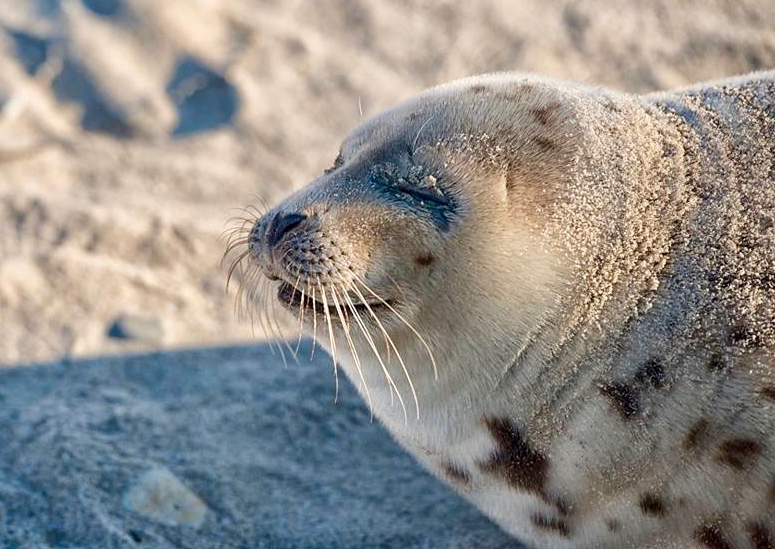 We had a wee bit of snow this weekend. A covering, softened just enough by sleet and rising temps to capture the footprints of rabbits and raccoons and dogs and deer before hardening back to a crusty record of one winter day on the Vineyard. We had sun, too. We walked through the woods in the snow and on the beach in the sun. Both were perfect and just enough. Nothing more needed for a good day.

This weekend we are going to eat. Seriously. The Meat Ball is Saturday Night. There are three cooking workshops going on. The Martha’s Vineyard Vegan Society is giving away fresh fruits and vegetables on Friday. Community Suppers continue, and don’t forget that thanks to Island Grown Initiative’s Community Lunch Program, free lunch is available during school vacation week, starting Monday.

For families who aren’t getting off the Rock for school vacation week, start your staycation with a great movie tonight — How to Train Your Dragon: The Hidden World plays at the Edgartown Cinema at 4:00 p.m. and 6:30 p.m. Oscar fans will also want to head out tonight: BlackkKlansman is making a one-night-only appearance at the film center at 7:30 p.m.

If you’d rather get out of your seats and move around, head to the Yard at 7 p.m. for an energetic performance by Brooklyn band Red Baarat. Their high-energy fusion of jazz, hip-hop, rock, and funk makes powerful music for dancing — which you are welcome to do.

If you’re one of those Islanders with a lot of venison in the freezer, you don’t want to miss the opportunity to take a class from hunter and cook Brian Athearn at the Ag Hall today. The Cooking with Venison workshop runs from noon to 2 p.m. There’s also a cooking workshop for kids at the Ag Hall starting at 10 a.m. And Everett Whiting is holding a cooking class on making pasta and traditional meat sauce at Slough Farm at 2 p.m. All of these classes are part of the celebration of Island-raised meat which culminates in tonight’s Meat Ball at the Ag Hall, starting at 5:30 p.m. This year’s Meat Ball features all-you-can-eat tacos.

If a cooking class isn’t your thing, this afternoon you could also go to an astrology workshop, a social media workshop, or the elder tech fair.

The film center is showing the Oscar-nominated documentary shorts tonight at 7:30 p.m. and Glass is on the big screen at Edgartown Cinema at 6:30 p.m.

In honor of Black History Month, Dr. Walter Collier will speak about his book, Why Racism Persists: An Uncomfortable Truth, after the Sunday service at the Federated Church in Edgartown. The presentation begins at 11:30 a.m. and will include a question and answer session.

At the Vineyard Haven library, Elaine Cawley Weintraub will give a talk about the building of the African-American Heritage Trail of Martha’s Vineyard at 2 p.m.

Tonight’s the night — Oscar night, that is. And the MV Film Center will be hosting its annual viewing party for the 91rst Academy Awards. The event includes light appetizers, desserts, and beverages and begins at 6:30 p.m. with the Red Carpet arrivals. Guests will have an opportunity to have their picture taken with a real Oscar. When the ceremony begins at 8 p.m., the film center will give out prizes that include movie passes and movie posters.

And while you’re watching the Oscars, keep your eyes peeled for Vineyard native Holly Bario (Giving a Green Light to Green Book), president of production for Steven Spielberg’s Amblin Partners, whose feature film The Green Book is a Best Picture nominee.

View All Events Submit an Event