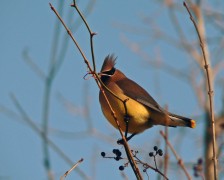 Happy New Year one and all! Movies, stories and crafts ease us into the first week of 2016, providing a happy respite from the holiday whirlwind. Kids head back to school as we all slip back into our comfortable routines, warming us like a favorite and familiar sweater. Lots of opportunities to learn something new too! Enjoy the Week Ahead.

Tuesday, January 5
Island Stories from the Museum
Dive into the stories behind ten of these objects each month all winter long at various Island libraries.