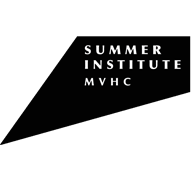 Our season’s films are presented Sundays at 7:30 p.m. at the Martha’s Vineyard Hebrew Center, 130 Center Street, Vineyard Haven.  Ticket price is $10 and ticket purchases may be made online at Ticketsmv.com or at the door on the night of films, if any are still available.

​​​July 16:  “Menashe”
Menashe is the heartwarming story of an ultra-orthodox Jewish widower at risk of losing his son due to the strict religious tradition. Shot in the Hasidic section of Brooklyn’s Borough Park, the film offers a rare insider view of this insular community. The title character is based on the life of comedian Menashe Lustig, who offers a charming and funny performance as he tries to make sense of his life. Selected by the Sundance Film Festival and Berlin Film Festival. (In Yiddish, with subtitles.)
Trailer: Click Here
​
July 23:  “Mr. Gaga”
Mr. Gaga, from filmmaker Tomer Heyman, is a masterful documentary about the acclaimed choreographer Ohad Naharin – the inventor of an imaginative approach to modern dance that has captivated students of dance worldwide. Footage of Naharin’s personal life is juxtaposed with riveting excerpts of his choreography and earlier dance performances. Named Best Documentary at Aspen Filmfest, Amsterdam Documentary Film Festival, Sophia International Film Festival, and SXSW Film Festival. Nominated for Best Documentary at London Film Festival, Munich International Documentary, Seattle International Film Festival, and Shanghai International Festival.
This screening is co-sponsored by The Yard, Chilmark’s center for the art of modern dance.
Trailer: Click Here
Film’s website: Click Here

​​​​August 6:  “1945”
Exquisite black and cinematography and a fine ensemble cast add to this compelling period drama. It’s 1945, and the war has just ended but not its consequences. We find ourselves in the streets, entering houses and consciences of people in a small town in Hungary. Two black-clad Jewish men, arrive in town with mysterious trunks in tow. We see panic ensue among the villagers as they wonder if the men have come to claim the property that was taken from their Jewish neighbors during the Nazi-occupied deportation of the town. The film examines the themes of collective guilt and responsibility. Winner, Audience Award at Berlin International Film Festival and Miami  Jewish Film Festival
Official Trailer: Click Here

​August 13:   “The Settlers”
The Settlers is a documentary tracing the history of Israeli settlements in the West bank, combining archival footage and contemporary interviews to chronicle the movement’s growth. Certain to ignite a spirited debate, The Settlers helps to explain both the controversy and the urgent need for a solution. It is a “must see” for anyone concerned about this ongoing conflict and its impact on the Middle East peace process.
Selected by the Sundance and Berlin International Film Festivals. Featured at the New York Film Forum.
​Official film trailer: Click Here

August 20:   “Monsieur Mayonnaise”
Australian filmmaker and comic book artist Philippe Mora has criss-crossed the globe to recount the astonishing story of his German-Jewish father, Georges Mora, and his work for the French Resistance during World War II. With the help of his friend Marcel Marceau, Georges helped to smuggle scores of children into Switzerland by wrapping documents in baguettes and slathering them with mayonnaise, reasoning that the fastidious Nazis would not inspect them for fear of soiling their gloves. For this, Georges received the nickname of the film’s title. Philippe paints bold, bright storyboards throughout the film to detail his father’s stories of survival.
Audience Award Winner, Jewish International Film Festival, Berlin International Film Festival & Melbourne International Film Festival. Awarded AACTA Best Original Music Score in a Documentary.
Trailer: Click Here