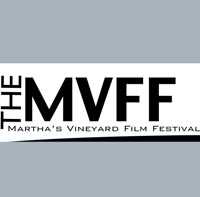 The Martha’s Vineyard Film Festival returns with four days of amazing films for all to enjoy.  On Saturday, March 17 the following films will be screened at locations and times indicated.

The Wonder Sound
9:00 a.m. at the Chilmark School
Discussion to follow with film subject Megan Dickerson, who will then lead a free 45-minute workshop on the topic of design for play.
This film follows the creation of a large-scale, village-like art installation at the New Children’s Museum in San Diego. Exhibit developer and playworker Megan Dickerson and artist Wes Sam-Bruce guide us through a complicated process that balances community expectations and barriers with our innate desire for playful creativity. Tickets & Info

Saturday Morning Cartoons
FREE Film Program
9:30 a.m. at Pathways Gathering Space | All ages
From a submarine balanced precariously atop a mountain, to a chameleon that just can’t help itself, and a weasel learning that it’s better to work together with others, this collection of short films is our roundup of some of the best out there.
More FREE Programs For Kids

Blue
9:30 a.m. at the Chilmark Community Center
Discussion to follow with state representative Dylan Fernandes, WHOI Marine Policy Center director Andrew Solow, and a panel of local experts
By 2050, there will be more plastic than fish in the ocean. This film takes us around the world—to Indonesia, Australia, and even the remote Lord Howe Island in the South Pacific—to see the rapid changes happening beneath the water’s surface, and to meet people who are working to combat marine pollution and save species.

Move! Make! Sound!
FREE Film Program
11:00 a.m. at Pathways Gathering Space | All ages
All of these recent films have the common thread of making, doing, and movement. From the beautiful choreography of starlings in murmuration, to a wild beast dancing through the streets of Paris, these films have rhythm.
More FREE Programs For Kids

Unveiled
11:30 a.m. at the Chilmark School
Discussion to follow with film subject Maria Toorpakai
In Taliban-controlled Waziristan, called one of the most dangerous places on earth, Maria Toorpakai disguises herself as a boy for the first sixteen years of her life so that she can play sports—an illegal act for women there. Tickets & Info

Science Fair
11:45 a.m. at the Chilmark Community Center
Discussion to follow with film subject Dr. Serena McCalla
An affectionate and supremely entertaining celebration of nerds everywhere. Follow one inspiring mentor and nine dedicated students as they compete against more than 1,700 other students from 75 countries in the annual Intel International Science and Engineering Fair (ISEF). Tickets & Info

What Are You Good At?
FREE Filmmaking Workshop
1:00 p.m. at Pathways Gathering Space | Ages 6+

This workshop is focused on the work that happens in front of the camera. Scott Barrow will lead participants through a series of quick exercises that help budding actors more effectively tell their stories. And what better story to tell than what you are good at? More FREE Programs For Kids

Abacus: Small Enough To Jail
1:45 p.m. at the Chilmark School
Discussion to follow (via Skype) with director Steve James
Only one bank was indicted in the wake of the 2008 mortgage crisis. Was it one you’ve heard of? No. This is the incredible saga of the Abacus Federal Savings Bank in New York, owned by the Chinese immigrant Sung family. Tickets & Info

Chappaquiddick
2:15 p.m. at the Chilmark Community Center
Discussion to follow with director John Curran and actor Jason Clarke
We believe we know what happened that night. We’ve read the newspaper articles, watched the t.v. reports, or, as most Island stories travel, heard it through the grapevine. Jason Clarke (Mudbound, Zero Dark Thirty) masterfully takes on the role of Senator Ted Kennedy in the days surrounding the infamous car crash in the summer of 1969. Tickets & Info

Shadows, Puppets, & Magic
FREE Filmmaking Workshop
3:30 p.m. at Pathways Gathering Space | Ages 6+
Artist and MVFF filmmaker Danielle Mulcahy is opening up her creative process to a lucky group of kids at the festival. She will lead a team production of a short film using both high and low-tech elements. No experience necessary, but be prepared for a whirlwind experience! More FREE Programs For Kids

Shorts Of Resistance
4:30 p.m. at the Chilmark School
These two short documentaries explore some of the most pressing political issues.
Aloha Aina Warrior highlights the stirring story of Dustin Barca, a surfer and MMA fighter who turns to politics to protect the island of Kauai from invasion by agrochemical companies.
Los Lecheros delves into the complex story of Wisconsin’s dairy industry, its farmers who vote against their own interests, and their undocumented immigrant workers grappling with fears of ICE raids and deportation. Tickets & Info

Minding the Gap
5:15 p.m. at the Chilmark Community Center
Discussion to follow with film subject Keire Johnson
Welcome to Rockford, Illinois, the heart of the post-industrial rust belt of America. More importantly, welcome to the revelatory work of Bing Liu, an electrifying new voice in documentary filmmaking. At 24, he returns home, camera in hand, and reconnects with his friends Zack and Keire. Tickets & Info

Mary and the Witch’s Flower
FREE Film
6:00 p.m. at thePathways Gathering Space | Ages 5+
From Academy Award-nominated Hiromasa Yonebayashi—animator on Studio Ghibli masterpieces Spirited Away, Howl’s Moving Castle, and Ponyo, and director of When Marnie Was There and The Secret World of Arrietty—comes a dazzling new adventure about a young girl named Mary, who discovers a flower that grants magical powers, but only for one night.
More FREE Films for Kids

Our New President
6:30 p.m. at the Chilmark School
It all began with a visit to a mummy’s tomb in 1997. Ever since, Hillary Clinton has been plagued by fainting spells, drug use, and even allegations of murder. At least that’s what the reporters at Vesti and NTV, two of the most watched state-run Russian news networks, want you to believe. Tickets & Info

Dark Money
8:00 p.m. at the Chilmark Community Center
Discussion to follow with director Kimberly Reed and film subject John S. Adams
Montana has spent more than a century trying to keep its politics clean. Back in 1912, after a copper magnate tried to bribe his way into the U.S. Senate, the state prohibited corporate campaign financing. Tickets & Info

Patti Cake$
8:15 p.m. at the Chilmark School
Allow us to introduce you to the one, the only, Killa P, Patti Cake$, a.k.a Patricia Dombrowski. In between working dead-end jobs and tending bar in a seedy dive, the aspiring emcee from suburban New Jersey writes rhymes, spits battle raps in gas station parking lots, and freestyles at her own determined reflection in the bathroom mirror. Tickets & Info

Program for Sunday is as follows at venues and times indicated:

A Painter Who Farms
9:30 a.m. at the Chilmark Community Center
Discussion to follow with directors Barbarella and David Fokos and film subject Allen Whiting
Though he is known more for his plein-air paintings of Island landscapes, Allen Whiting is a farmer who lives off the land, as his family has for twelve generations. Nowhere does he seem more at peace than when he is outside, farming or painting.

I’ve Got a Feeling
FREE Film Program
9:30 a.m. at the Pathways Gathering Space | All ages
These short films from around the world demonstrate our ability to empathize, share, and love our friends and family. Highlights include Two Balloons, a stunningly beautiful animated story of two ring-tailed lemurs and how they fight for their love. Fruits of Clouds, from the Czech Republic, is a powerful tale about overcoming fear. More FREE Programs For Kids

Jane
9:30 a.m. at the Chilmark School
Jane Goodall’s chimpanzee research challenged the male-dominated field of primatology and revolutionized our understanding of the natural world. In the 1960s, National Geographic sent a cameraman to film her work in Tanzania, resulting in over 140 hours of footage that remained in storage for decades—until now.

A Place For Us
FREE Film Program
11:00 a.m. at Pathways Gathering Space | All ages
Baltimore-based duo Ru Kuwahata and Max Porter have produced one of the most stellar shorts we’ve seen in a while, Negative Space. This film sets the tone for this program, and has just been nominated for an Oscar. Just Breathe is the quickest lesson on mindful meditation you’ll ever get. More FREE Programs For Kids

The Devil We Know
11:15 a.m. at the Chilmark Community Center
Discussion to follow with film subject Bucky Bailey
Unraveling one of the biggest environmental scandals of our time, a group of citizens in West Virginia take on the DuPont corporation after they discover it has knowingly been dumping C8—a toxic chemical now found in the blood of 99.7% of Americans—in the drinking water supply.

Leaning Into The Wind
11:30 a.m. at the Chilmark School
Seventeen years ago, Thomas Riedelsheimer met Andy Goldsworthy for the first time and created the documentary Rivers and Tides. Following the film’s release in 2001, Andy and Thomas barely kept in touch, but Thomas never lost his interest in the quirky and awe-inspiring British sculptor and environmentalist.

Animate The Action
FREE Filmmaking Workshop
12:30 p.m. at the Pathways Gathering Space | Ages 6+
Bring a couple of your favorite small toys and we will provide the technology and know-how to help you take them to the big screen in a story of your own making. Kids will leave with the skills to create animated films at home.
More FREE Programs For Kids

The King
1:30 p.m. at the Chilmark School
Forty years after the death of Elvis Presley, Emmy-winning director Eugene Jarecki takes the King’s 1963 Rolls-Royce on a cross-country road trip, from the deep south to New York, Las Vegas, and beyond. A luminous tapestry of Americans, including Chuck D, James Carville, Emmylou Harris, Ethan Hawke, and Ashton Kutcher, join the journey in word and song.

Crime + Punishment
1:45 p.m. at the Chilmark Community Center
Discussion to follow with film subject Edwin Raymond
Meet the NYPD12: a group of whistleblower officers who risk everything to expose racially discriminatory policing practices and smash the blue wall of silence. Quota-driven arrests have been outlawed, but these officers have proof to the contrary.  To capture it, Emmy-nominated director Stephen Maing equips each brave officer with a hidden camera.

The Divine Order
4:00 p.m. at the Chilmark School
Frustrated that her husband forbids her to take a part-time job, and astonished that he can legally do so, Nora, a seemingly unremarkable housewife, begins rallying the women in her quaint Swiss village during the lead-up to the 1971 national vote on whether to allow women the right.

Three Identical Strangers
5:00 p.m. at the Chilmark Community Center
Imagine showing up on your first day of college and feeling like you’ve entered an alternate universe. Everyone recognizes you but is calling you another name. Separated at birth, adopted, and raised by three different families, identical triplets Bobby Shafran, Eddy Galland, and David Kellman stumble upon each other at age 19.

Vineyard Shorts
6:00 p.m. at the Chilmark School
Discussion to follow with the directors and writers
Celebrate Vineyard filmmakers! Explore local waters with director Jamie Howard and anglers Jamie Boyle and Dave Skok. Get serenaded by Lexie Roth as she drives around Aquinnah. The Aquinnah Lighthouse also makes a debut in Liz Witham’s film. Ken Wentworth’s documentary takes us to a completely different Island in Micronesia.

Keep The Change
7:15 p.m. at the Chilmark Community Center
An upper-class charmer, David leads a very comfortable life, until he tells a joke in poor choice to a cop and is mandated to attend a support group for adults with disabilities. There, forced to come to terms with his own high-functioning autism, he meets Sarah, a quirky and outgoing woman whose optimism irks him.