“Evening of Comedy” at the Harbor View Hotel 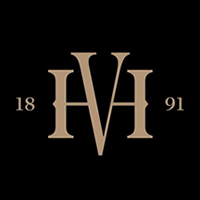 The  Harbor View Hotel will once again host “Evening of Comedy,” returning for a sixth year on March 30 and April 27. Each of the shows this spring will feature stand-up veterans from New York to Boston. Guests are encouraged to order from the dinner and cocktail menus at Henry’s, Harbor View Hotel’s elegant gastro-pub, prior to the start of each event.

On March 30, Carolyn Plummer, who has been cracking jokes professionally for over 15 years – including in front of nuns and biker dudes – will open the show; John David, a veteran of the Boston comedy scene and occasional guest on radio shows and television stations in the area, will follow; and the night will end with award-winning comedian Paul Nardizzi, also a former guest of Conan O’Brien’s and author of books such as 602 Reasons to Be Pissed Off and The Sarcastic Sports Trivia Book (Volumes 1 and 2).

The April 27 line-up features Sean Sullivan, one of the top young comics in the country; Scott Higgins, voted class clown in high school, who is now featured on XM Sirius Radio; and Joe Larson, nominated Best Up-And-Coming Comedian at the NYC MAC Awards, and who has also been seen on Gotham Comedy Live, NBC’s America’s Got Talent, Laughs on FOX, and the Tonight Show’s Laugh Squad.

Doors open at 6 p.m., with the shows starting at 8 p.m. Seating is open and on a first-come, first-served basis. Tickets are $25 per person and do not include the cost of dinner.