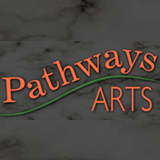 Featuring:
– New music and a talk by composer TONY TOBIA: A piano solo from “The Before & The After / So Strange Is The Whirl From Darkness To Dawn,”

– JACKIE KANE presents a short video postcard, “Wish You Were Here”, dedicated to her late father. This piece was created in part with Pathways Honoraria.

– FILM-TRUTH BIODIVERSITYWORKS: A screening of LIZ WITHAM and KEN WENTWORTH’S short documentary, “Where Did the Bats Go?”
The Northern Long Eared Bat (NLEB), once the most populous bat in the northeast, has lost 95% of its population in the last decade. The species is now listed as threatened nationwide and endangered in the state of Massachusetts. Sustainable Vineyard follows wildlife biologists Luanne Johnson and Liz Baldwin of BiodiversityWorks as they track and study this endangered bat, mentor the next generation of guardians and educate the public about the importance of biodiversity.

– Visual arts by Walker T. Roman, Michael Wooley, and others.

FREE ADMISSION / Open to All Ages