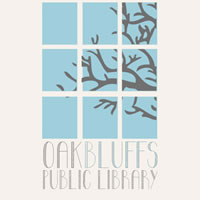 While basketball didn’t take up residence in the White House in January 2009, the game nonetheless played an outsized role in forming the man who did. In The Audacity of Hoop, celebrated sportswriter Alexander Wolff examines Barack Obama, the person and president, by the light of basketball. This game helped Obama explore his identity, keep a cool head, impress his future wife, and define himself as a candidate.

Wolff chronicles Obama’s love of the game from age 10, on the campaign trail—where it eventually took on talismanic meaning—and throughout his two terms in office. More than 125 photographs illustrate Obama dribbling, shooting free throws, playing pickup games, cooling off with George Clooney, challenging his special assistant Reggie Love for a rebound, and taking basketball to political meetings. There is also an assessment of Obama’s influence on the NBA, including a dawning political consciousness in the league’s locker rooms.

Sidebars reveal the evolution of the president’s playing style, “Baracketology”—a not-entirely-scientific art of filling out the commander in chief’s NCAA tournament bracket—and a timeline charts Obama’s personal and professional highlights.

Equal parts biographical sketch, political narrative, and cultural history, The Audacity of Hoop shows how the game became a touchstone in Obama’s exercise of the power of the presidency.